I love the Winnie-the-Pooh books, tapes (yes, I’m old!) and movies.  I fell in love with them way back in my early 20’s, when I taught preschool for a few years.  They are full of the enchantment of childhood and the wisdom that comes by living simply.  I not only love the characters and stories told through them, but I’ve learned a bit about life and love and relationships while being entertained by the beautiful stories and drawings.  A.A. Milne was indeed a very talented and gifted man.

I talked my action-film-loving husband into going to see Disney’s Christopher Robin with me recently, with great expectations of revisiting the darling stuffed animals of these stories, and getting a first look at the main character, Christopher Robin, all grown up.  And I was not disappointed.

Even before we got to the cinema, though, I had a feeling this was going to be a film that spoke to me in a deep way; much deeper than the comfy feeling I get when revisiting favorite childhood characters in a book or movie.  I felt it might speak to me in a way that moves me along another step down the road of life.  But what I encountered was a very sweet and entertaining movie that pushed me another step toward healing.

Here’s the gist of the story, according to Google: “Christopher Robin – now a family man living in London – receives a surprise visit from his old childhood pal, Winnie-the-Pooh.  With Christopher’s help, Pooh embarks on a journey to find his friends – Tigger, Eeyore, Owl, Piglet, Rabbit, Kanga and Roo.  Once reunited, the lovable bear and the gang travel to the big city to help Christopher rediscover the joy of life.”

What a task little Pooh-bear is commissioned with – to help a human being rediscover the joy of life.  Having been where I’ve been for the past almost 4 years, that seems like an impossible task to me.  But, I know it is not.  Nothing is impossible with God.  (Luke 1:37)

As I’m watching this delightful film, I begin to see a little of myself in the character, Christopher Robin.  Not in the sense the film depicts him – an over-worked, underpaid workaholic who neglects his family to the point of them shutting down emotionally toward him just to survive the hurt he is causing.  That is certainly not me!

I also don’t relate to him in the sense that he’s lost sight of what life is really about, and seems to find no joy in the simple pleasures of life.   If I’ve learned anything from this intensely unpleasant walk of grief, it’s that the only things worth living for are the simple pleasures – family time, enjoying the love of my life, exploring nature, loving God, spending time with friends, and so much more.

What really made me relate to him is that he had completely lost his joy.

Losing my middle son three and a half years ago has felt like a giant claw came along and wrenched away a huge chunk of my heart, and along with it the joy I used to find in ………………almost anything.

The joy has been mostly gone. 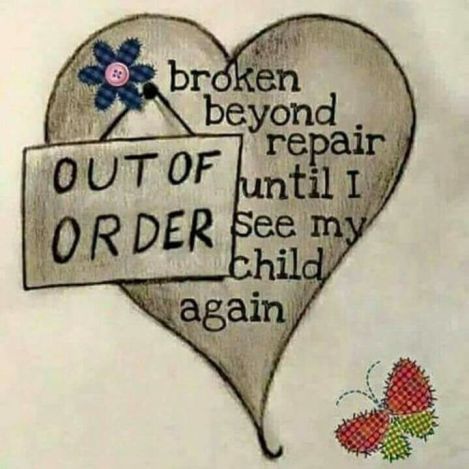 And this is where my “spiritual imagination” took over.

It was very dark in that hollow tree.

There was a door behind Christopher Robin.  And a door in front of him.

And he – no, I – was stuck in the dark place between the doors.

Behind me is a world of complete happiness.  Oh, I’ve had my struggles, hurts, disappointments and hardship.  But for the most part, I’ve had many years of intense happiness and joy.

Ahead of me is a world I never wanted, and prayed fervently I would never have to enter into – the awful world of bereavement that opened up to me almost 4 years ago when my middle son was killed in a car accident.  This tremendous loss plunged me into a dark place that I’ve struggled against living in and struggled against passing through.  I know that sounds counter-productive; wrong, even.  But that is how I’ve felt, and still feel.

I don’t care for this dark place.  But I don’t want to live in the world on the other side of the door in front of me.

But truth is, I’ve already gone through that door.

I’ve been in the world on the other side of that door for almost 4 years, now.

Emotionally speaking, though, I have refused to go through it.  I hate that one of my children passed on.  Isn’t that an interesting way to say someone died?  Before my son died, I thought it was simply a nicer way to say “died”.  But now, and as I write about going through this door, I see it as a concrete reality.

I have to pass through this door; my son passed through the door into eternity not quite 4 years ago.  I’m convinced he is more happy than anyone living here on earth could possibly imagine.  And I find joy in that fact.

But I also find myself in intense sorrow over him not being here with me and with our family on a daily basis.  It’s a struggle I’ve been fighting for quite some time.  It’s exhausting.  It’s foreign to anyone who hasn’t experienced an out-of-order loss, which makes it even more exhausting.

I remember telling our counselor once that I just wanted to give up.  He replied, “Yes, why don’t you?” indicating that is what I needed to do.  I was confused by his response at the time, but I’ve kept it in the back of my mind and mulled it over many times, knowing I would probably come to some realization about it someday.  I think, now, this is what he was referring to – that I have to give up this pointless, fruitless, hopeless desire that life will someday return to how it was, and how I desperately want it to be again, and accept the fact that this is the hand dealt me.  This is the hand I have to play with now: a card constantly missing – never a full house again.

I still have a (mostly) full house, though, and I’m extremely thankful to God for that.  And I’m thankful for the patience I’ve experienced from God during this long, arduous process of learning to go on without one of my precious children.

“I find I always get to where I’m going by walking away from where I’ve been”, says Winnie-the-Pooh, as he tries to find his way through the ‘hundred-acre wood.

“Come to Me, all you who labor and are heavy-laden and over-burdened, and I will cause you to rest.  (I will ease and relieve and refresh your souls.)”  Jesus, in Matthew 11:28, from the Amplified Bible, Classic Edition.