My husband and I recently celebrated our 37th wedding anniversary by going to the Maple Leaf Festival in Baldwin City, KS.  Baldwin City is a quaint little town about 20 minutes from where we currently live, and they have the Maple Leaf Festival every 3rd full weekend in October.  The town is full of maple trees that are absolutely gorgeous in the fall.  We lived in Baldwin City for about 9 months while we were building our house in the country 17 years ago.  It is one of the most beautiful places we’ve ever lived, and we still enjoy returning there for their annual festival.

My oldest daughter was at that tender age where everyone but the coolest, most perfect people are an embarrassment – the age of 13.  And you certainly have to know that her family, especially her younger brothers, were anything but cool!  We were busy building a house for our family, so she was frequently called upon to babysit her younger siblings while her dad and I went to Home Depot and purchased items for our project. 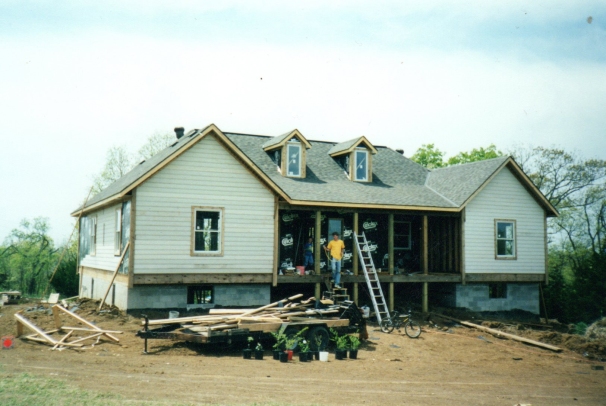 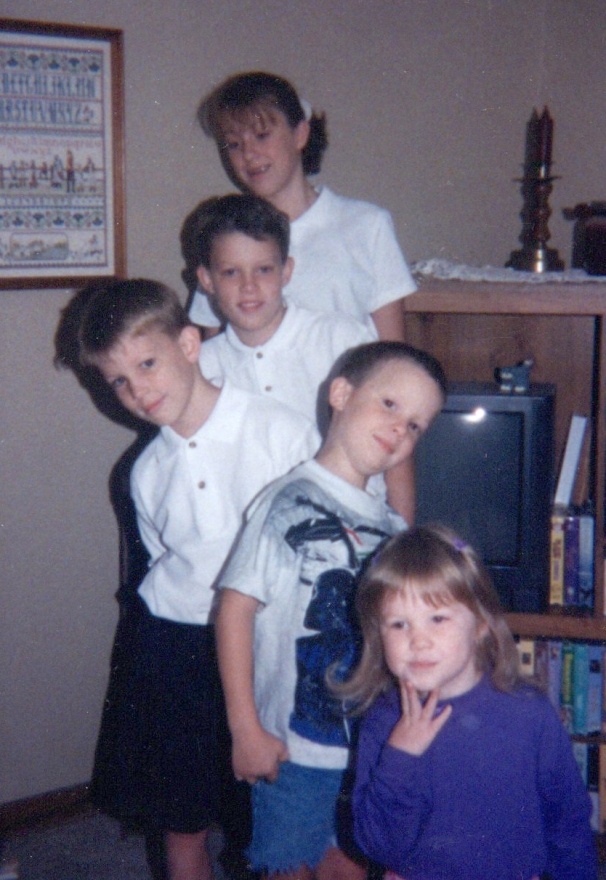 I will never forget the tone (and volume) of her voice when they returned home and she gave me an account of their outing.  This is what came so clearly to my memory today as we turned the corner and the park came into view.  She was more or less shouting before she even got in the house, telling me that her younger brothers “looked like orphans, in their jeans with holes in the knees” and “Mom, you won’t believe what Izzy did!  He got up and stood on top of one of the picnic tables and started shouting, in his loudest voice, that stupid bean song you taught him!” 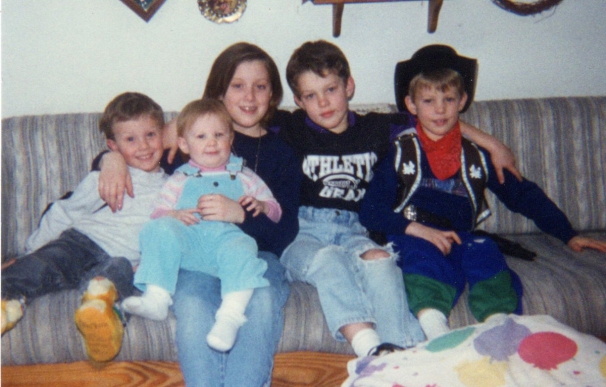 “Whaaat?”, I replied, trying desperately not to break out laughing.

Awwww, my precious son.  He was sort of the clown of our family, in his own little way.

I dreamed about him a couple of nights ago, and was reminded of his clownishness in my dream.  When he was growing up, every once in a while he would pop off with something so outrageous, saying something he knew could possibly get him in trouble, but said in such a way that would make me laugh instead of getting irritated at him.  One of the funniest and most outrageous things he ever said when he was a teenager, he said to me in my dream.

I know this is one of those things where you had to be there to hear the humor in it – and he said it just like his dad in one of his silly moments with me – and if you’ve ever seen the movie The Incredibles, you’ll be able to better imagine how he said this to me.  My husband, after seeing that movie, would shout through the house, just to get a laugh out of me – “Wooommmmaaaannnnn, wheeeeerrrrrre’s myyyyyyy super-suit?!?!?”  I still chuckle when I remember it.

That’s how Izzy sounded when he said to me, “Woommaaannn, what do you want?!?!?”  I was so dumbstruck that one of my kids would talk to me like that, but also so not surprised when they have the dad they have!  I’m sure my face, contorting through the various emotions in the second after he said that, was the entire reason he said it!

Well, that is what he said to me in my dream a few nights ago.  I was, again, so dumbstruck by it, yet so incredibly pleased to have him in my dreams for a second that I just stood there, looking at his beautiful, ornery face.

After a second of staring at that face I so long to see again, I have to admit that I think I rolled my eyes at him in my dream.

He continued, after his attention-grabbing comment, to say to me in his sweet mom-loving voice, “Mom, I’m okay.”

I can breathe again.